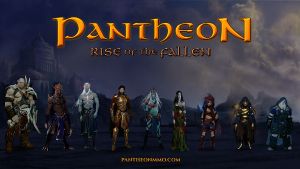 The Races of Pantheon, to scale.

Your Race is chosen as the first step towards creating your character in Pantheon: Rise of the Fallen.

There are currently 9 races to choose between:

The race you choose will provide different racial innate abilities that can and will be handy while adventuring. There will be times when the race you choose is to your, and your party’s, advantage; at other times neutral, and other times to your disadvantage. This will also be true of your chosen class. They will all be useful in any serious dungeon or other adventure area but one may be more advantageous in certain scenarios and situations.

Your race may well affect how you deal with the environment, to an extent. For example, the Coldark Dwarves will most likely start with a degree of acclimation. It would therefore be easier for a Dwarf to reach the Tier 1 threshold for frigid climates. Other races may have their own innate differences, too. 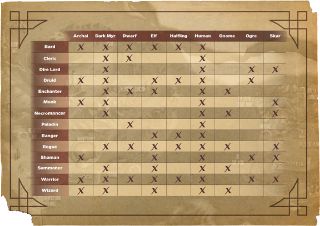 There are restrictions as to which classes can be chosen for any given race.

This is determined by that race's history and Lore.